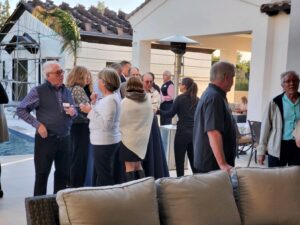 Car Week 2022 started off with a bang at a well-attended party at the Paradise Valley home of Kim Pierce (PNR-CCCA Board of Mangers Member) & his fiancé, Kristy Ryan.

Over 100 people attended the fun get together on Jan. 25th sponsored by the PNR-CCCA. Members of the PNR that attended included:

Additionally, members from Arizona CCCA and other regions in town for car week were also in attendance including:

Cocktails, appetizers, music –all poolside –set the scene for this fun car party.

Members from all CCCA regions were invited to a lovely breakfast at McCormick Ranch Golf Club the next day. Following the breakfast was an informational guided tour for the members presented by Andy Reid at Bonham’s Auction at the world class Westin Resort in Scottsdale featuring their entire auction docket. 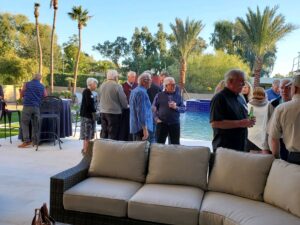 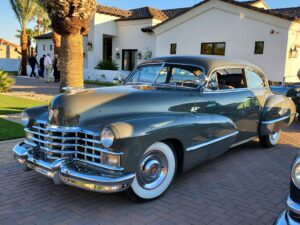 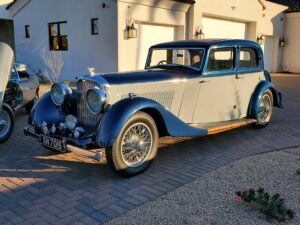