About two dozen hardy souls gathered for the Arizona Region’s Autumn Picnic on Sunday, November 8. The day started out cool but sunny, and then the clouds rolled in.

The cold, and a little rain, didn’t dampen spirits as we enjoyed seeing one another, our picnic lunches, and some wonderful treats brought by Dee Pellegrini and Dana Rapoport. Thank you to everyone who help organize the event.

Dale and Marylin Lillard drove their Cord, Jim McDowell brought the 1942 Packard Darrin that has been in his family for 50+ years, and Ed Baldwin drove his 1937 Chevrolet. Peter Hartmann brought the Packard Twelve he’s had since he was teenager and Harry and Heather Clark arrived in their 1968 Cadillac convertible. Ed and Karen Winkler came in their 1947 Cadillac, Robert McAtee drove his Packard Clipper, and Evans clan rode in their Bentley Mark IV James Young Coupe.

We’re all looking forward to warmer weather in our next outing! 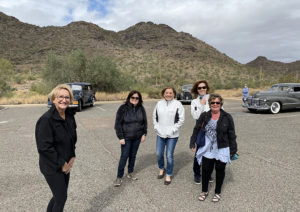 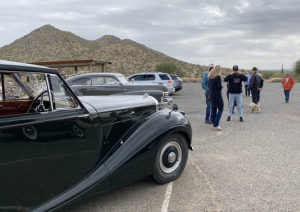 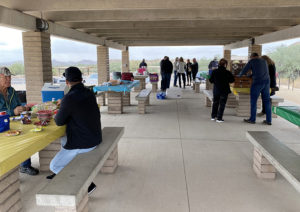 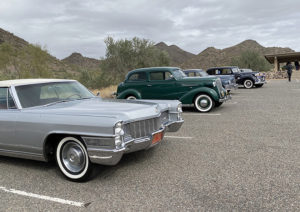